"American and Church history stories have been known to change lives. By becoming familiar with some of the problems that our forefathers have overcome, and passing this information on to our children, we can provide strength and courage for them during hard times." 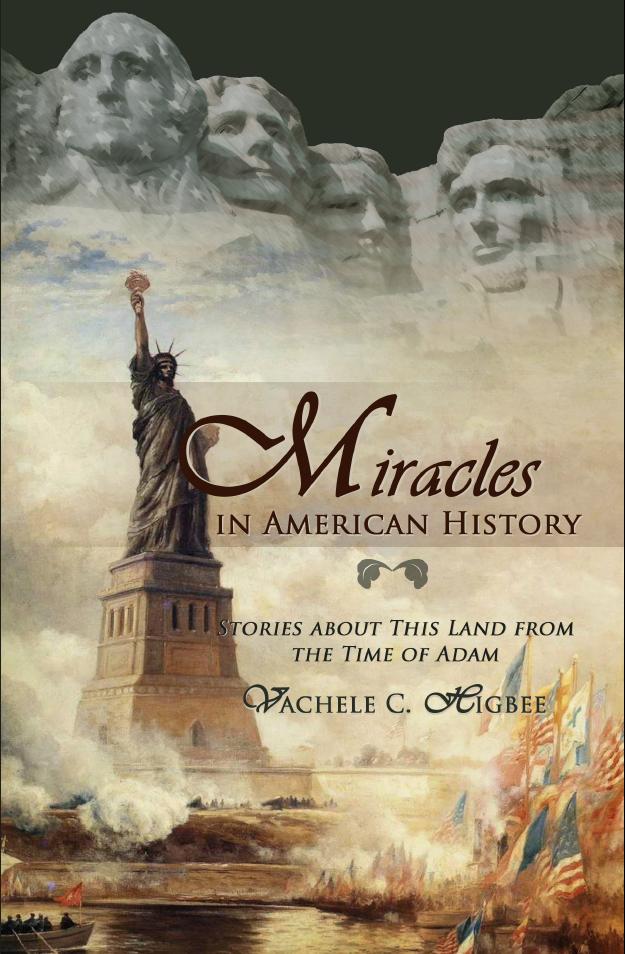 "Unlike most other commentaries, this book will both educate and edify, reminding the reader to look up when considering the history of this American nation." (Robert Wright, Ph.D., BYU-Idaho) Glorious moments have triumphed over the span of darkening centuries. These miracles - from the days of Adam to modern times - have combined to make possible the conditions under which the Gospel of Jesus Christ could be restored in its fullness upon the earth in this last dispensation of time. When we learn about, and appreciate the miracles in American History, we will have more faith and hope for miracles to occur in our own lives.

Stories From Miracles In American History

Readers will see action in these pages that tell about winning wars, and establishing a constitutional government. This book features public domain pictures of famous historical paintings. It contains exciting stories from 7 of the 26 chapters found in Miracles In American History, also by Vachele. Learn about King George's War in 1744. What did the colonists do when forty French warships were sighted just off the coast? John Adams was 11 years old. His father influenced others to stay in Boston. But they didn't have to fight. What miracle saved them? Why were they spared?

Quotes About The United States Consitution

Do you think your life is hard? Have you ever wondered how your faith would measure up against the faith of a pioneer? After reading Frontiers of Hope you may find your faith has grown...

What would you do if an angry mob forced you to leave your home in the winter with only the clothes you were wearing, and whatever you could carry? Learn about some families who found shelter in a cave on a bluff during a rising flood. One mother gave birth to a son in the rain on the banks of a river.

Would your faith be shaken after you helped bury both of your parents, and your wife? Read about a difficult winter when one pioneer family lived for months on venison and wild honey. They felt it was a privilege to live in a stable with no door, chimney, or chinking.

Would you be willing to help protect the Prophet by attending secret meetings? Find out what prevented two young boys from being killed when they refused to take an oath...

Read these and other little-known stories from American history and the early history of The Church of Jesus Christ of Latter-day Saints. These intriguing true stories transport the reader back to the 1830s. Elias, Isaac Jr., and John Somers Higbee were prominent leaders. They associated closely with Joseph Smith, and with Brigham Young. Accompany them on their long journeys on their Frontiers of Hope - from Missouri to Nauvoo, to Washington D.C., and back to Nauvoo, and across the plains to Salt Lake and to Provo, and to England. Watch helplessly as Elias' apostate sons participate in plans to murder the prophet, Joseph Smith.

Enjoy 50 true stories during challenging times - experiences from the lives of Duane and Blanche Higbee. Do allow these captivating stories to transport you back in time to The Great Depression. Join in many exciting adventures alongside Duane during these years filled with adversity. Admire him for providing for his family after his father's death. Watch him try to rescue his shoes as they disappear down the river. Cheer for Duane while he boxes! Ride with him in the cold wind, on top of dangerous freight trains. How does Duane get himself out of jail? Blanche is another great storyteller. Enjoy her entertaining "good ole days" farm stories, too!

Many large pictures, and some paintings by Samuel Jepperson of the history of early Provo, are shared in this fascinating story book. President John Somers Higbee, with his brother, Isaac, Jr. and Dimick B. Huntington as counselors, were in charge of the first settlement in Provo. They had many difficulties with the Indians. Discover how Squaw Peak got it's name. Learn about the Battle of Provo River with the Utes, where Joseph Higbee (the son of Isaac Jr.) was killed. Read how the people fished in the Provo River and in Utah Lake. An exciting story is about Chief Sowiette, who rescued the pioneers. Fort Utah was compiled especially for children, and for those who love Provo.